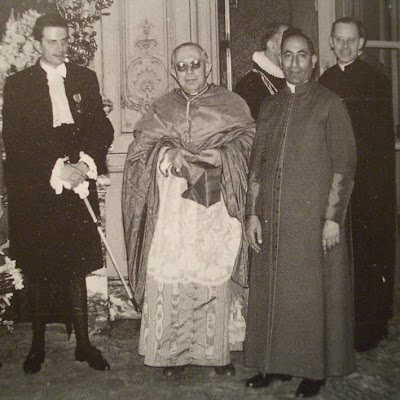 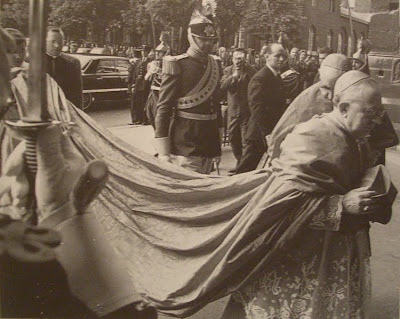 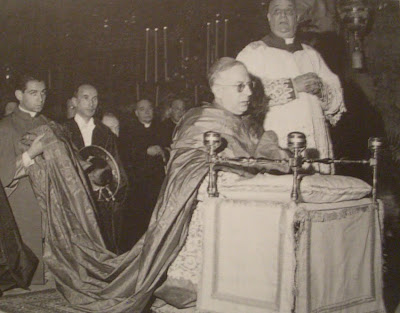 ... and them I'm out of here for the Easter-break!

Have a Blessed rest of Lent, Holy Week and Easter everybody! 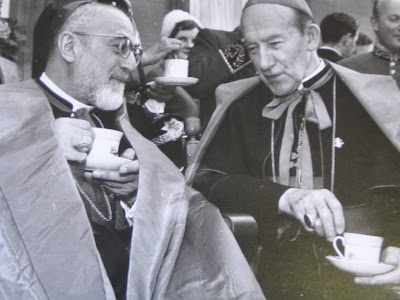 Thanks to reader Fintan who sent in this nice snapshot of Cardinal Agagianian and Archbishop Mcquaid enjoying a cup of coffee during the "Patrician Congress" in Ireland in 1961.
Posted by leo at 6:06 AM No comments: 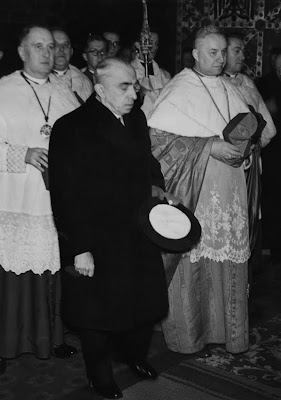 He served as Archbishop of Prague from 1931 until his death, and was elevated to the cardinalate in 1935. 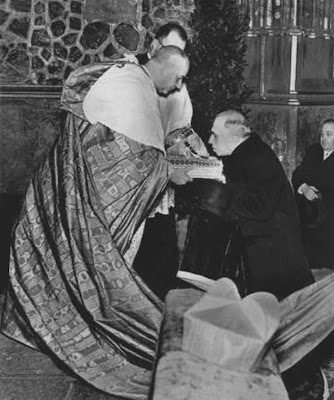 Trivia-fact: On the occasion of the visit of King Carol II of Romania to Prague in 1936, Kašpar allowed his flock to eat meat on one Friday, as you can read in this TIME-article. 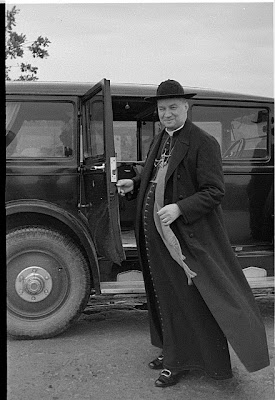 "Who's got a sweet ride? Thaaaaaaat's right!"

P.S.: Sorry for only posting every couple of days recently. I really have to start spreading my photos if I don't want to run out of material within weeks.
Posted by leo at 8:46 AM 2 comments: 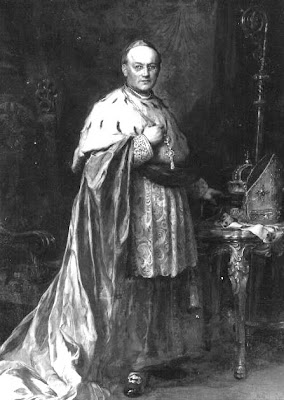 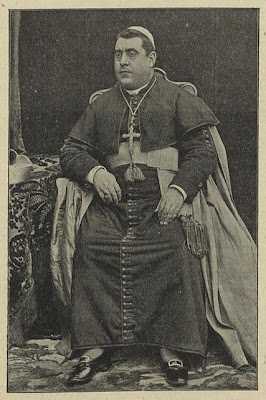 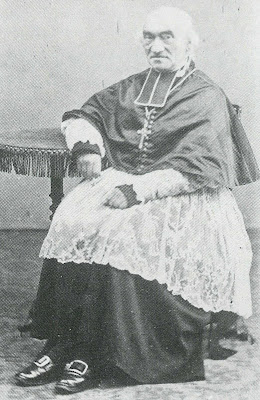 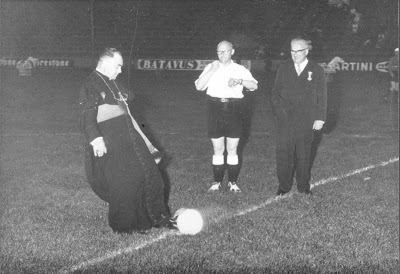 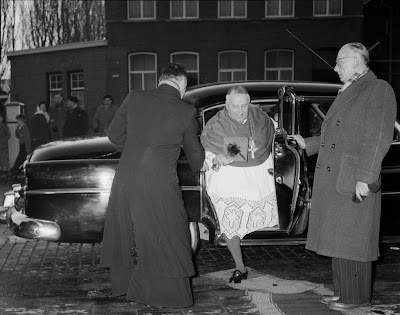 He was bishop of Paderborn from 1910 until 1920 and archbishop of Cologne from 1920 until his death. 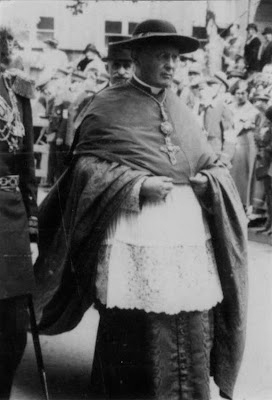 During the dark years, Schulte took a decidedly anti-Nazi-position and especially fought against the so-called "immorality trials", which were set up as a tool by the anti-Christian and anti-Catholic government to exploit some 0.2 % suspect-cases of priests that provoked "scandal". The Nazis had imprisoned 915 priests and lay-brothers, although in the whole "Reich" not more than 58 of could be suspected of immorality.

Here is an excerpt from the TIME:

Schulte also took a firm stand against the government's attempts to deny the Church her right to educate her own flock. 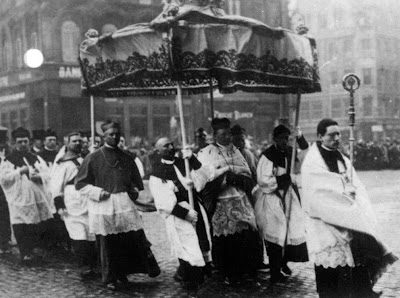 Cardinal Schulte died of a heart-attack during a heavy air-raidon Cologne in 1941.
Posted by leo at 3:47 AM No comments:

Sorry for not posting for a week!

Reader JL sent in these nice portraits of French Bishops. Sometimes the perspective is a bit weird, but I think you still get the general idea. 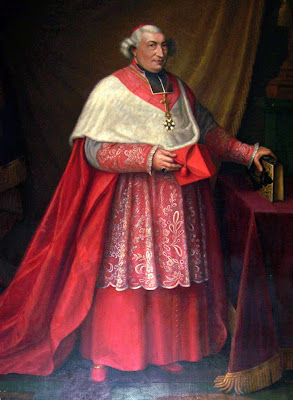 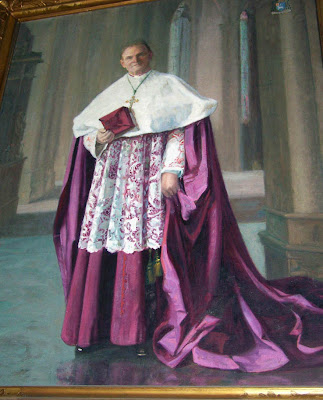 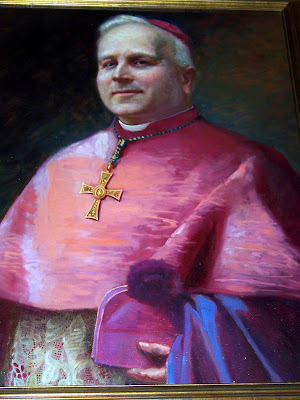 An unidentified bishop of Amiens 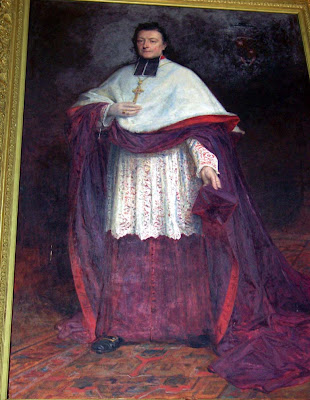 An unidentified Bishop of Troyes
Posted by leo at 4:55 AM 1 comment: