He is being welcomed as Papal Legate to the Eucharsitic Congress.
Posted by leo at 5:08 AM No comments: 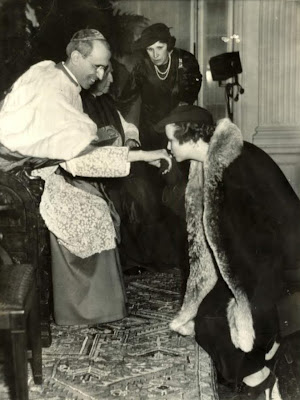 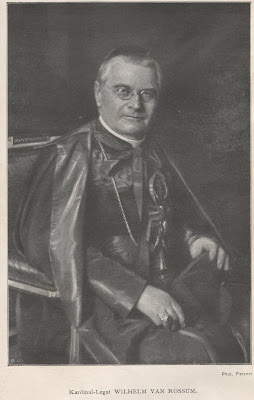 He was ordained a priest in Wittem on October 17, 1879. He then taught Latin and rhetoric in Roermond, and was a professor of dogmatic theology at the Scholasticate of Wittem from 1883 to 1892. He became the Scholasticate's prefect of studies in 1886 and its rector in 1893. 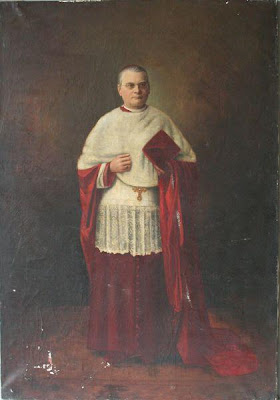 In 1911 Pope Pius X made him Cardinal Deacon of San Cesareo in Palatio, the first Dutch cardinal since the Protestant Reformation. In 1914 he became president of the Pontifical Biblical Commission. In 1915 he was named head of the Apostolic Penitentiary, one of the three tribunals of the Roman Curia and was also raised to the rank of Cardinal Priest, with the titular church of Santa Croce in Gerusalemme. He was appointed titular bishop of Caesarea in Mauretania and Cardinal Prefect of the Congregation for the Evangelization of the Peoples.

He participated in the papal conclaves that elected Pope Benedict XV and Pope Pius XI. 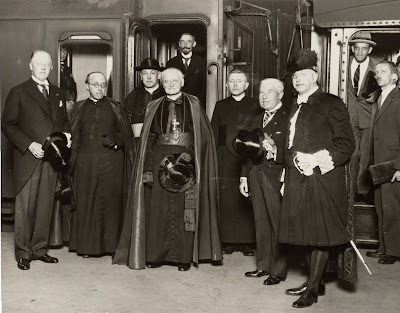 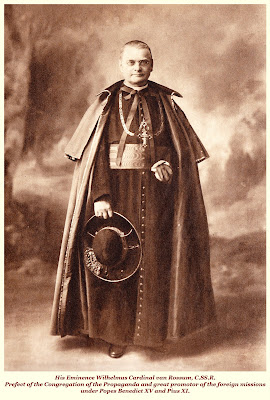 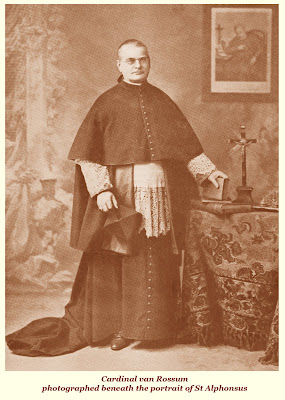 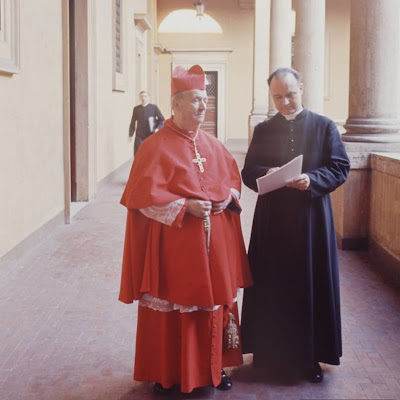 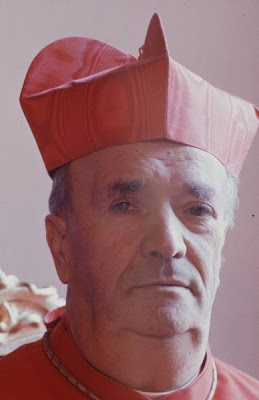 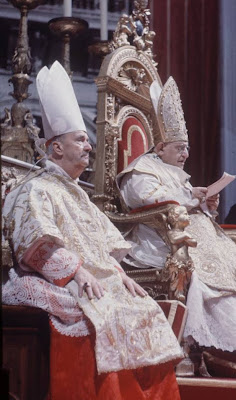 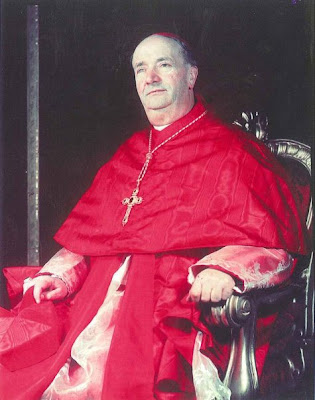 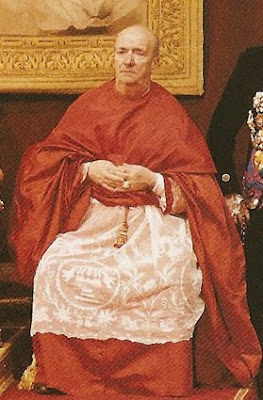 A while ago a reader asked if I could post photos of Jaime Cardinal Sin. Here's what I found: 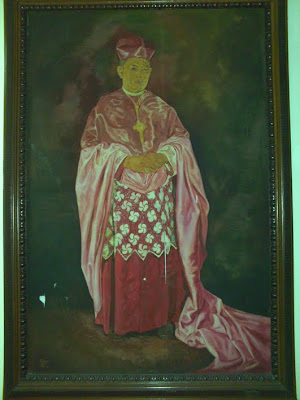 A portrait in cappa magna 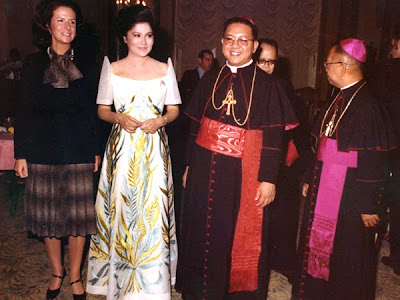 With Imelda Marcos in Rome 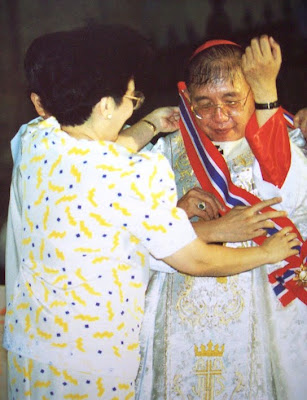 Philippine President Corazon C. Aquino conferring Honors to the Cardinal
Posted by leo at 3:48 AM 8 comments: 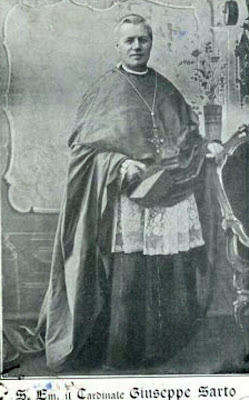 That is the first photo I have ever seen of St. Pius X as Cardinal in cappa magna!

Biretta tip to my buddies over at the Liturgia-forum!
Posted by leo at 3:44 AM 5 comments:

The Musée Grévin in Paris located is one of the oldest wax museums in Europe. It was founded in 1882 and today contains some 300 characters arranged in scenes from the history of France and modern life.

Here are two postcards from the early days of the museum. They show Cardinals Mathieu and Rampolla wearing nice cappae: 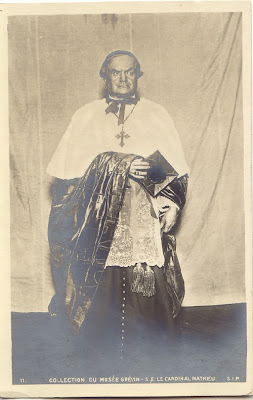 This is how it's going to work:

Since people ask me to not simply shut down the blog but I have a hard time finding new material, I will maintain the blog for the time being and simply post new stuff as I find it. This means you guys will have to be a bit patient and bear with me if there shouldn't be any posts for a week or two or even three. 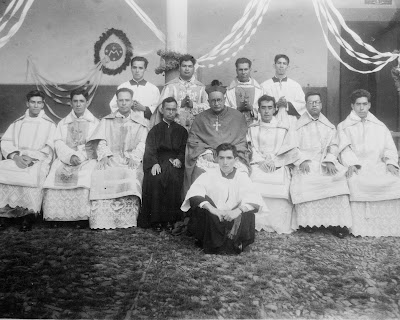 A photo of José Garibi y Rivera as archbishop of Guadalajara. He later became the first Mexican cardinal.
Posted by leo at 3:10 AM No comments: